WCMElevate Session 3 | Strategic Communication
Learn high stakes communication strategies, and how to best communicate your message. Participants can expect to learn how to solidify key messaging from a clear, relevant and evidence-based perspective. This session will focus on communications inclusive of presentations, pitches and meeting management. Gaining experience and skills in these communication strategies can offer opportunities for advancement.

*Please note this event is for program participants only. To learn more about our WCMElevate Program, please click here. 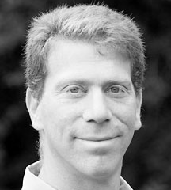 Prior to co-founding Dialogue Strategies in 2000, Neil spent 5 years with an international communication skills consulting company where he became a Partner, as well as the firm's top business developer. Neil has coached thousands of business people, at all levels, in the areas of negotiation, pitching, leadership and selling skills. Neil has also assisted many companies in preparing, rehearsing and winning major business pitches, some with contract revenue ranging in the hundreds of millions. He has worked with firms like Citigroup, Goldman Sachs, Scotia, BMO, CIBC, TD, OMERS, BCIMC, Ontario Teachers Pension Plan, Heinz, P&G, SNC Lavalin, IBM, SAP, Deloitte, Boston Consulting Group, KPMG, and PWC.Neil has been published many times in the Globe & Mail and has appeared on CBC and BNN.Neil holds a BSc. from University of Toronto and an M.B.A in Finance from York University.

About WCMElevate
WCMElevate, a newly launched event series in 2018, consists of 5 sessions over a 7-month period, designed to provide participants with tools to achieve their career goals and accelerate their careers. WCMElevate is designed for mid-level female professionals currently employed in Canadian capital markets. WCMElevate events are eligible only to those who have been accepted into the event series.

Downtown, Downtown
Toronto, ON M5E 1B3