WCM Leading Edge with Cendrine Rollet & Constance de Grosbois
Join us for an engaging discussion with Cendrine Rollet and Constance de Grosbois from BMO Capital Markets, to learn their key takeaways on building a rewarding and successful career in finance. Cendrine and Constance will share their experiences, their professional journey and their best advice to help you maximize your potential and achieve your professional objectives.

About WCM's Leading Edge Sessions
WCM's Leading Edge Sessions offer finance professionals and members direct access to some of the industry's most influential thought leaders. Participants will learn prevalent industry trends, market outlooks and insights into future careers in finance, as well as a glimpse into the speakers personal career journey. These events are targeted to junior and mid-level professional men and women. 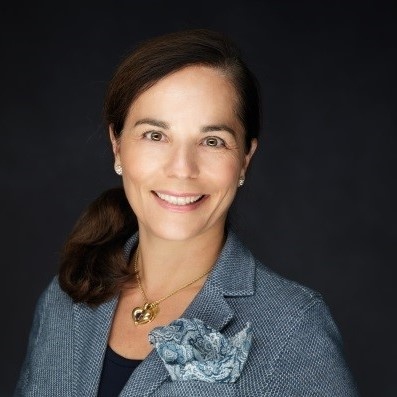 Cendrine Rollet is a Managing Director in Institutional Equity sales.  Based in Montreal, with over 20 years of experience, she is responsible for both overseeing and actively covering the Montreal institutional client base across all equity sectors. Cendrine holds a BA from Concordia University, is a Cabinet Member with les Grands Donateurs de Centraide Quebec, and is on the Capital Markets Diversity & Inclusion Council as an advocate for Women in BMO Capital Markets.

Constance is a Director in BMO Capital Markets’ Mergers & Acquisitions Group. She joined BMO Capital Markets in 2006 as part of the firm’s Investment Banking practice in Montreal. She has since been involved in a broad range of M&A transactions across multiple industry sectors, including Air Canada’s potential acquisition of Transat, the merger of Stars Group and Flutter Entertainment, CPPIB’s acquisition of a minority stake in Premium Brands, Aviva’s acquisition of RBC General Insurance & strategic partnership with RBC, and RONA’s response to an unsolicited approach by Lowe’s.

As part of her current role, Constance is a senior partner in BMO Capital Markets’ market-leading restructuring and capital structure advisory practice. She has been involved in formal and informal restructurings and recapitalizations for companies such as Sears Canada, Postmedia, Bellatrix, Pengrowth, Endurance Energy, Lightstream Resources and Yellow Media. Constance currently serves as treasurer of the Board of the Ontario chapter of the International Women's Insolvency & Restructuring Confederation (IWIRC).

Constance holds a Bachelor of Commerce degree with Joint Honours in Finance and Economics from McGill University, where she was a Greville Smith scholar.